An Oilfield Supply Company You Can Trust

Oil production in Wyoming has been around almost since the time of its statehood in the mid-1800s. While their oil fields are aging, the explosion of hydraulic fracturing and directional drilling technology has allowed oil to still remain important to Wyoming’s economy. 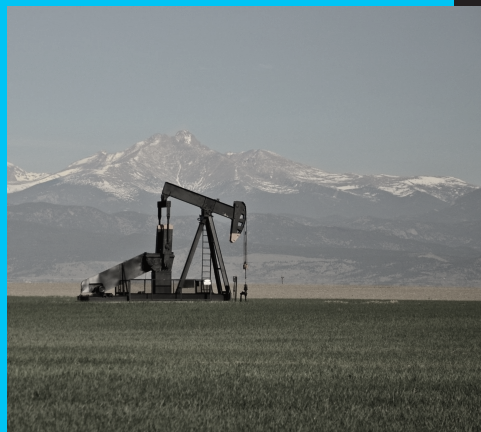 FAST FACTS ABOUT OIL IN WYOMING

Wyoming is perhaps the state that is the closest to the Wild West of the 1800s. It is the tenth-largest by area, but the least populous with just over half a million people. Known for its huge open prairies where pronghorn roam, the Grand Tetons in the Rocky Mountains, and for the wonders of Yellowstone National Park, Wyoming is one of the most beautiful states in the Union.

THE BEGINNINGS OF OIL PRODUCTION

Oil production really began centuries ago when oil reserves would bubble up from beneath the earth, laying exposed for human use. Native Americans often used this oil for war paint, decoration on teepees, for liniments, and in their medicines.

Wyoming’s first oil well was drilled in 1883 by Mike Murphy. At that time, oil production as we know it today was quite limited. The oil from this well mainly went to tanners and to the Union Pacific Railroad to lubricate railcar axles.

The very sad fact of whale hunting was in full force in the mid-1800s with thousands and thousands of whales being killed each year for their blubber only to fuel people’s demand for oil for lamps. In fact, if it were not for the discovery of a by-product of oil called kerosene, the world today could very well be in existence without the beauty of whales.

Thankfully, kerosene was a much superior source of fuel than whale oil. It burned brighter and lasted longer and was much easier to procure than hunting and killing whales.

OIL AND GAS IN WYOMING

In 1910, William “Buffalo Bill” Cody entered the oil and gas industry by forming oil companies and filing claims. However, he came up empty-handed in terms of oil field discoveries.

The oil industry began to shift with the advent and use of combustion engines at the beginning of the 20th century. Cars were being purchased by more people, so crude oil began to be refined into gasoline. In fact, Wyoming has its oil boom in the early 1920s. One little known fact about oil is that is probably single-handedly saved the University of Wyoming from closing during the Depression as an oil well was discovered on their property. Oil refineries grew in Wyoming, making it a verifiable player in the early oil and gas industry.

Today, while oil is still produced in Wyoming and remains an integral part of the economy, it had been replaced by coal production. Wyoming is the leading producer of coal in the United States, and more resources go towards that industry these days.

When it comes to oilfield work, it never ceases. And when your oilfield equipment breaks down, it becomes an all-out frenzy to get it working again so you can get back on schedule. Northern Oilfield Services can help your oilfield service company in Wyoming when you need parts, parts break, or you need oilfield rental equipment. We can maintain and test your equipment, as well as ensure it is in working order. With years of experience helping oilfield companies with their equipment maintenance needs, you can rest assured that we will go above and beyond when you need us the most. Contact us today to get started!

No matter what oilfield wellhead or equipment service you need, you can rely on our team at Northern Oilfield Services.

If you are looking to buy or rent a brand or piece of equipment you aren’t sure we have, reach out to us. We are able to acquire a large variety of brands and equipment to best suit your individual needs. Choose Northern Oilfield Services to make setting up your oilfield wellhead as easy as possible.